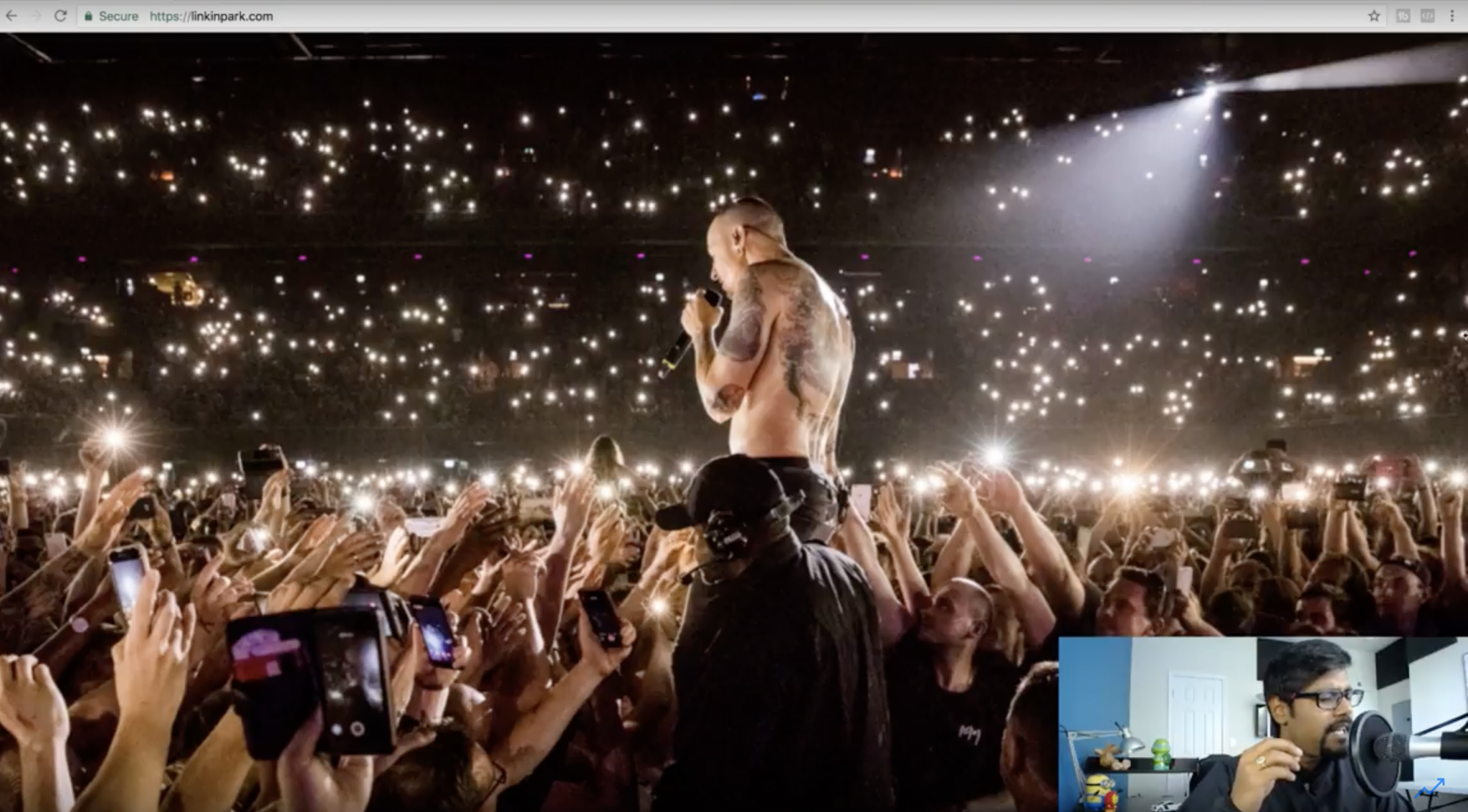 Linkin Park was a HUGE part of my teenage years and their songs have helped me get through some troubled times.

They have been an inspiration to millions worldwide and for ME – Chester IS Linkin Park.

In today’s “15-Minute Sprint” of the Bizathon challenge, I gave my tribute to Chester and then corrected some mistakes that I’d made in the last few sessions. Then I created the Obama-Trump ad that had been pending for a while.

The next thing I noticed was the ClickFunnels Thank You page was not getting as high a CTR on the button as we did on the Launchpad TY Page.

In an effort to improve the CTR, I made the TY Page button a bit brighter so that it stands out.

We had put this ad on hold for a few days and today I finally got time to complete it.

One of my LIVE stream audiences had asked about the copyright issue regarding using images from Google Images and using a modified version of that image in our FB Ads.

In order to not fall into any copyright issues, either just buy royalty free photos or download from sites like pexels.com and pixabay.com.

Go to Google Images, and under Tools -> Usage -> “Labeled for reuse with modification”

After picking out the image, I simply copied the text from the autoresponder email we had created earlier about this very hook – and pasted it inside Facebook ad.

The changes we had to make inside the Facebook ad was REMOVING most occurrences of the word: YOU.

Facebook doesn’t really like that word used in both your ads and landing pages. In many cases you are able to get ads approved even with a few occurrences of ‘YOU’, but I try to use them as less as possible.

Once that ad was set up, the next thing I did was…

Edit the ad set I had created earlier.

Yet Another Boo Boo…

In yesterday’s quiz landing page ad set, I had forgotten to EXCLUDE the ‘Leads Audience’.

After quickly adding that exclusion, I duplicated the ad set and removed the country targeting from the ad set. Just so we target worldwide audience.

Now by LOGIC, we should just have that ONE ad set which includes ALL countries.

The reason why we divided into Tier 1 and Worldwide is because we need FB to spend our budget on NOT JUST Tier 2 and Tier 3 countries.

We had only a couple of minutes left and I started working on the PushSubscribe campaign.

We need to make sure we’re capturing leads from multiple avenues. I’ll complete that tomorrow.

BTW, have you joined Inbox Blueprint yet?

I look forward to reading and replying to your comments below: